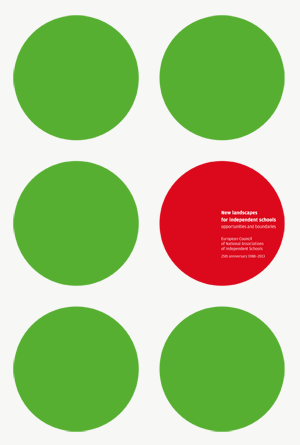 ECNAIS is a non-political, non-confessional, international association for collaboration between national associations of independent schools in European countries. We use the term ‘independent’ in our statutes, but more common all over Europe is the term ‘private’ schools, meaning not governed or owned by the state. ECNAIS concerns schools which are strongly connected to the civil society. ECNAIS acts as a network for sharing experience, information and knowledge between national associations.
We gather 20 National Associations not only from Western and Northern Europe, including Iceland, but also a growing number from Central and Eastern European countries. Furthermore The Independent Schools Council of Australia and The Steiner Waldorf Schools Fellowship are associate members.
Over the years we have seen changes in the membership of ECNAIS.
In the beginning there were existing associations of independent schools which were well organized in their own countries. They were interested in sharing knowledge about European educational developments and how these developments could influence the situation of their own schools.
Nowadays we have a growing number of associations who are representing new social initiatives strengthening parental participation in education or establishing a wider diversity in the national educational system. This is inspiring for the ‘old’ members of ECNAIS and it gives pleasure and satisfaction that we can be of help to new members.
We support, for example, the national educational platform of the Ukraine and the Ukrainian Association of private schools in their efforts to convince their politicians that it is to the benefit of the whole society that they make room, in the national legislation, for independent schools, based on religious, philosophical or pedagogical ideas. Another example is a social initiative in Austria where active parents strive for more room for pedagogical diversity in education. We are pleased also that we succeeded in making connections with a Swiss association that lobbies for a stronger influence of parents in education.
Independent education is not a right that once acquired, will last forever. In a way it has to be ‘earned’ and embedded into society continuously. For these reasons, independent schools should continue to publish and promote the broader results of independent education and show how it contributes to solving the questions society faces today.
The economic crises is putting our welfare states under pressure and the constant message in the public debate is that the next generation will have less prosperity than their parents. But children need to be encouraged and should feel themselves challenged by an optimistic perspective for the future. We hope – as said in the Common Declaration about the role of Independent Schools in the European Society – that the European society, governments and citizens will understand and value the vital role of independent schools in our societies and, on behalf of generations to come, will help us to improve and strengthen their contribution to a plural and democratic Europe.

The 25th anniversary of ECNAIS booklet has beed launched in Bucharest, Romania, on the 14th of November 2013.

To get your (free) paper copies, just fill in the extra number of copies, the name of your organization, the name and email of the contact person (member of the Management Committee), the address where the copies should be shipped to and the address of the invoice.
Each printed copy will have a cost of € 5,00.
ECNAIS is able to offer for free 5 (five) paper copies per member organization. The postal delivery and handling costs (also for the free copies) will be charged from Portugal.